Told he would never see or talk as an injured baby, this young man amazes those around him 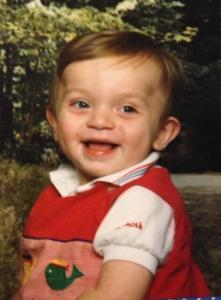 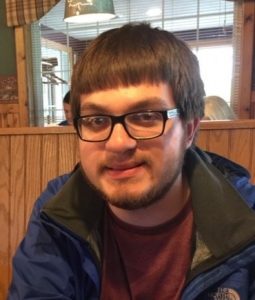 Doctors told the family of Calib Wells that he would never be able to see or speak after a traumatic brain injury.

“Mercy Flight got him to where he needed to go, and we knew he had a fighting chance,” says Calib’s mother, Theresa.

It was September 11, 1998 when Calib was rushed to Olean General Hospital for a critical injury. He was a fragile newborn, who required specialized care to relieve the pressure of fluid that surrounded his brain.

“He was Mercy Flighted to Women and Children’s Hospital of Buffalo in a matter of minutes,” Theresa says. “I cannot even imagine what a two-hour ambulance ride would have been like for Calib, at the state he was in. Having Mercy Flight was a Godsend.”

When the helicopter landed in Buffalo, Calib was rushed into surgery. Calib required a cerebral shunt to drain the fluid on his brain, and he was kept in an oxygen tank for critical healing.

Calib remained in the hospital for a few weeks and a month later required a revision procedure for his shunt.

“I did some speech therapy sometime after to help with my communication skills and the progress of my speech was slow at first, but overtime I was able to talk in complete sentences,” says Calib. “Thanks to Mercy Flight, valuable time was saved in getting me the care I needed at Children’s Hospital.”

Calib’s unwavering strength continues to amaze all those around him. Theresa tells us that she is proud of her son for all he has accomplished and how he hopes to use his survival story to become a true ambassador for Mercy Flight.

“Where we live in Olean you can hear the helicopter soaring overhead, carrying patients in need, and he truly wouldn’t be here today or have progressed as well as he has without Mercy Flight,” Theresa adds.

Calib goes on to say, “They saved my life and I feel blessed.”