Thank you again Mercy Flight for saving my life…and my feet!

By Kate GlaserJanuary 31, 2018No Comments

Stacey Eastman was in the wrong place at the wrong time when tragedy struck. It was October 16th, 2012 when she was driving home after running errands, and needed Mercy Flight’s critical care.

“I was heading back home after picking up a pizza and a girl driving down the hill in front of me hit a 6-point buck. That buck ended up going right through my windshield, and literally hit me in the face. I was knocked out cold, so I am unsure what happened next, but based on eyewitnesses, I veered off the road and hit a ditch. My car eventually stopped when it hit a tree. The girl who hit the buck had no clue that this happened, but thank God a nearby homeowner heard my battery explode and ran to check on me. 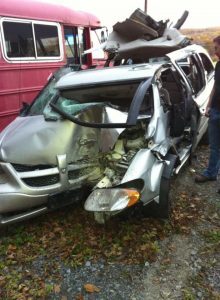 I was trapped. The metal from my car had gone almost all the way through my right foot, and my left foot was trapped under the pedal. My injuries were severe – I had an open ankle dislocation, and my right foot was barely hanging on. Mercy Flight was called by Wyoming County Sheriff’s Office and responded, getting me to ECMC where I was intubated, and put on life support due to brain swelling.

Touching back on Mercy Flight, the chopper was on the ground for 120 minutes! My blood pressure was dropping, and the flight paramedic said, ‘Pull her out, and if the foot comes off, we can take it on ice.’ My injuries included head trauma, skull fracture, broken nose, and my eyes had to be reconstructed. I also had a partially collapsed lung, facial trauma, ligaments torn in my right knee, and an open ankle dislocation with a tibia fracture. I was put on life support for five days, and have had nine surgeries since my accident.

I am here, and I still have my feet because of Mercy Flight. I am so lucky.

I am an EMT, and doctors told me I would never go into EMS again. I proved them wrong!

When minutes mattered, Mercy Flight was there.” 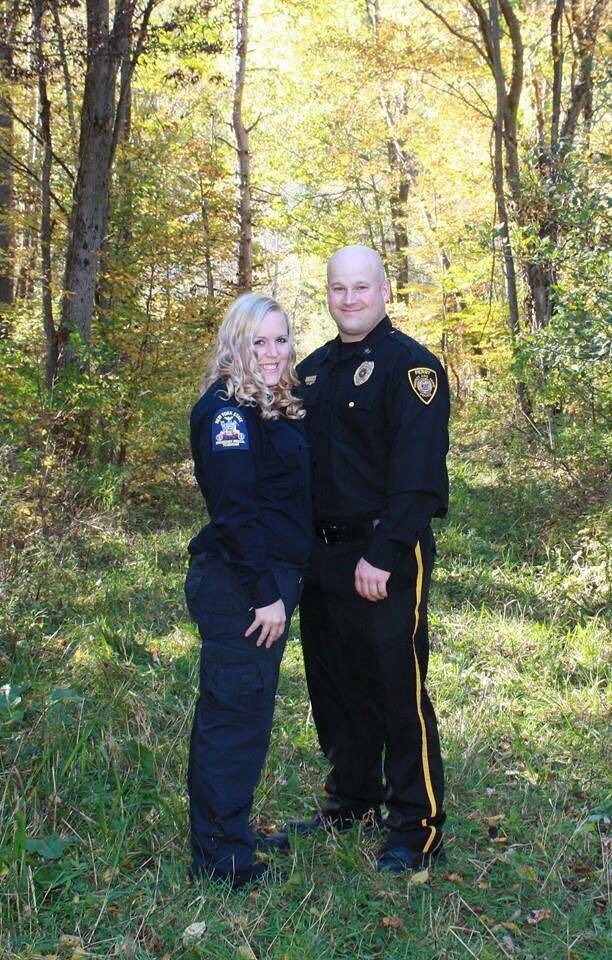