By Kate GlaserJanuary 11, 2019No Comments

I have to admit, hearing the thunder of the Mercy Flight helicopter on last night’s episode of New Amsterdam gave me chills.

Working at Mercy Flight Headquarters here in Buffalo, NY, I often hear the roar of the helicopter as we gear up and take off to respond when tragedy strikes, but in that moment, I knew the rumbling sound from my television was a moment I was sharing with thousands of other dedicated fans of the show.

Our blue, orange and white “Beacon of Hope” was carrying New Amsterdam’s lead character, Max [Ryan Eggold], who was fighting for his life following the events of the show’s cliffhanger fall finale. Riding inside our Bell 429 during the pivotal scene was our Director of Air Operations, Marc Boies, piloting the ship, and Chief Flight Paramedic, Adam White, who played a brief cameo on the receiving end of the patient transfer. Other crewmembers included pilot Gary Ewers, and Jason Spurlock, Chief Inspector of aircraft maintenance.

Many Mercy Flight fans and members of the Western New York Community have asked: “How did this opportunity come about and why did they ask Mercy Flight out of all the air medevac organizations out there?”

I thought this was a good opportunity to answer the questions we have been receiving since this news broke – see the inside scoop below.

We were contacted by NBC Universal back in October, and from there we had a few weeks of planning with the network’s producers to get ready for the shoot in November. The filming happened in Manhattan, where the show takes place.

Might I add, we utilized our brand new Bell 429 for this shoot. Mercy Flight has four Bell 429 Helicopters that make up their fleet.

2) Why did NBC contact Mercy Flight – an air medical organization that is located hours from Manhattan?

NBC heard about Mercy Flight through some research and they appreciated that we were a nonprofit dedicated to saving lives via air medical missions. If they could help bring exposure to any organization, they said they wished to support one that is working as a nonprofit committed to compassionate medical care.

They also were happy that, thanks to some fortunate timing, we could dedicate a spare aircraft to the shoot whereas other closer organizations did not have such availability. If they had been called for a patient mission or flight, they would have had to leave the filming.

3) How long did they shoot for and what did your crew members have to prepare for?

Mercy Flight 7 headed down to Manhattan the day prior, so the crewmembers could feel refreshed and ready to start early the next morning. In total, the filming was a few hours, with flight time over Manhattan and several landings to a helipad in midtown Manhattan.

4) How does this benefit Mercy Flight?

This truly was a win/win for Mercy Flight and NBC. As luck would have it, one of Mercy Flight’s pilots needed to log several hours of flight time in the new Bell Helicopter airframe, and NBC wanted a state of the art, medically-dedicated helicopter for their air medevac filming need.

Our Executive Vice President Margie Ferrentino goes on to say:

This was a very unique opportunity for us, which was not only beneficial operationally, but a good fit in that the goal of providing exceptional patient care was a common thread, be it in the medical drama or real life.

This opportunity allowed Mercy Flight to shine nationally, and provided wide-scale exposure to our nonprofit mission.

5) What are some behind-the-scenes moments you want others to know?

Chief Flight Paramedic Adam White cannot say enough about the New Amsterdam film team and actors and actresses who made the entire process seamless and fun. Adam also mentioned that it was not only exciting to fly over Manhattan (something he has never done before, as you need a special FAA permit for this) but that the show listened to his guidance and suggestions for certain medical scenes.

He also made sure to pass on our BuffaLOVE and hellos from Western New York! 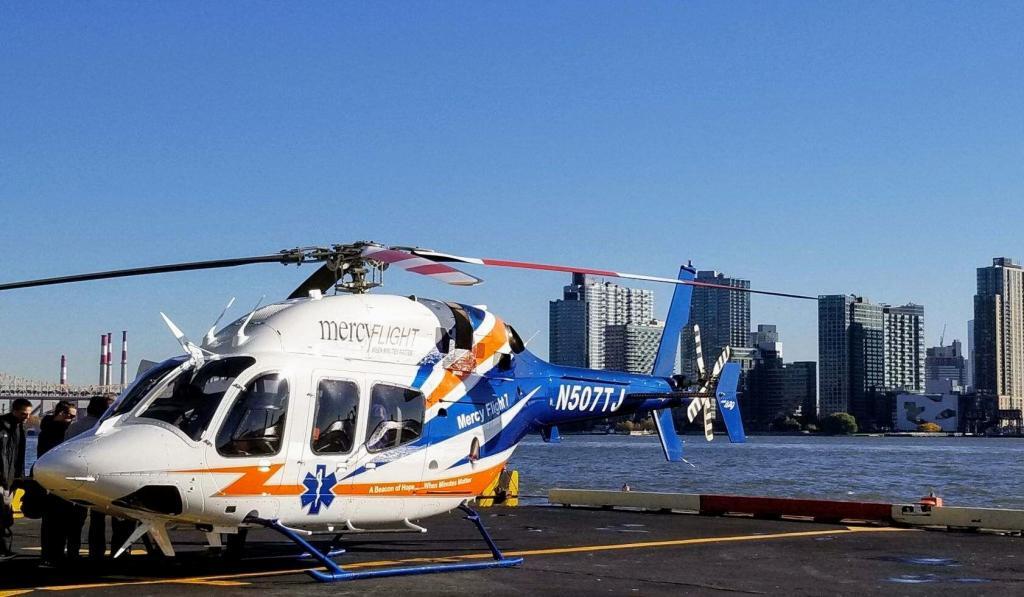 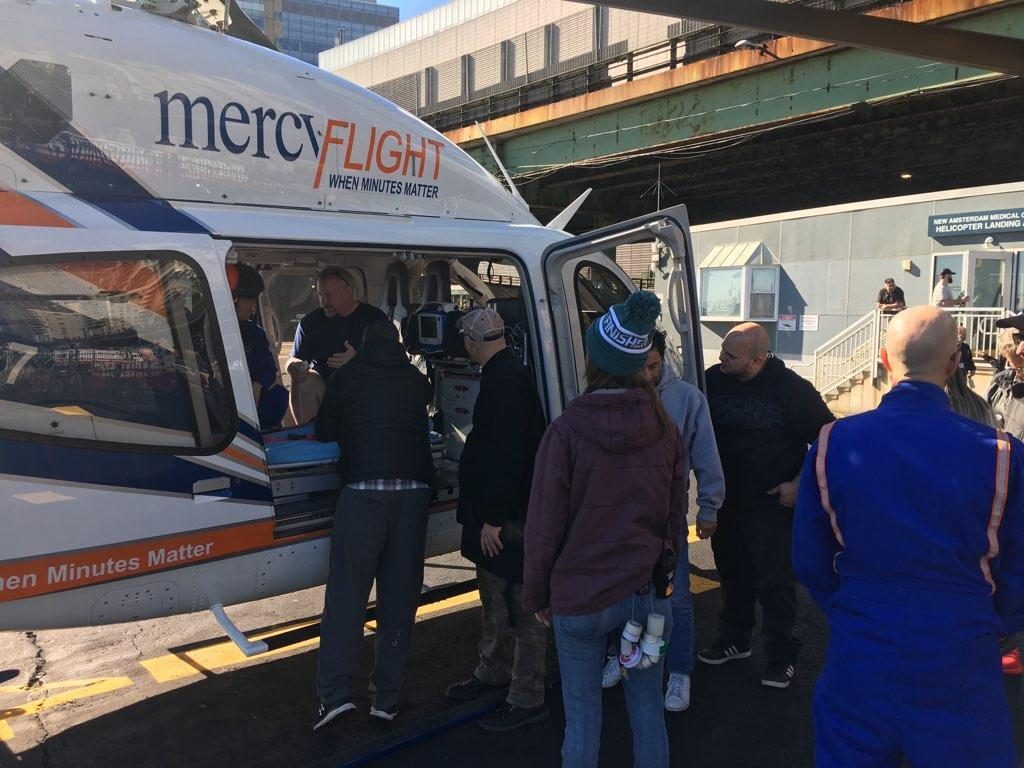 Maria and her lifelong passion for EMS after camping incident