By Mercy FlightSeptember 24, 2019No Comments 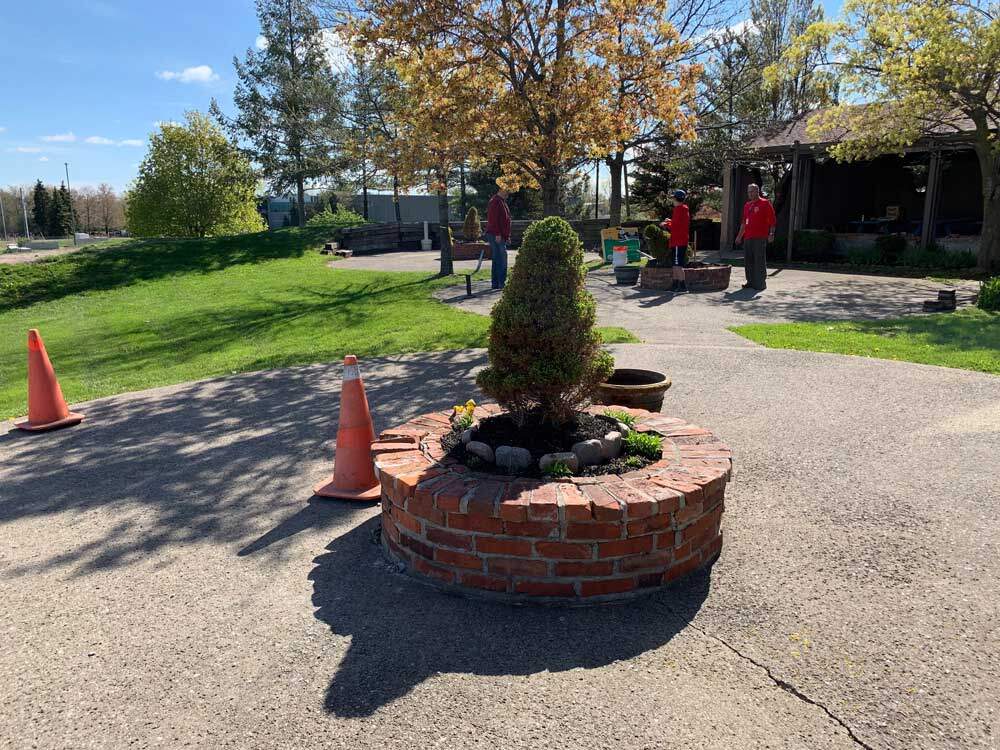 Do you or your family enjoy watching the planes take off and land at Mercy Flight headquarters? Thanks to Eagle Scout Jack Andruschat, the back patio where the public enjoys hanging out with family and friends, has been renovated. Over the course of a few months Jack was able to put in two new benches along with tearing down and replacing the cement planters. In addition, Andruschat cleaned up the entire patio area so that the public can enjoy a nice and comfortable place to watch air planes take off and land.

Becoming an Eagle Scout is no easy task. It takes a great deal of hard work and dedication to achieve such an honor. In order to become an Eagle Scout, one of the many tasks you must complete is a community service project. When we asked Jack why he chose Mercy Flight for his project he said, “I have been coming here ever since I was a little kid and I really love this place. When it came time to choose a project, I knew I wanted to do something special.”

The fifteen year old spent months planning and organizing the entire project, from fundraising to planning to building. Jack completed his work in May of 2019. Shortly after that, Jack officially became an Eagle Scout.

We asked the Eagle Scout what makes Mercy Flight’s mission so special to him in relation to his project and he shared, “Mercy Flight does so much for the community, I just wanted to give back for all they have done for the people of Western New York.”

Jack’s frequent visits to our base throughout the course of his childhood led him wanting to pursue a career as a pilot. The junior from Clarence High School has been taking steps towards this dream. He met with Mercy Flight Pilot, Haji Shareef, to ask questions about the job and what it takes to become a pilot. During his time visiting our base, he was also able to get up close with our lifesaving machines. He loved his experience at Mercy Flight and looks forward to coming back to watch the planes, just like he did when he was a kid.

We would like to send our gratitude to Jack Andruschat for renovating a space that is so special to so many families.

Batman Supporting Our Angels in Orange