Batman Supporting Our Angels in Orange

William Lorenz Jr. was named Buffalo’s Best Batman in 2014. William’s career as Batman began when he was working as a karate instructor in Elma, NY. As an instructor, he would dress up as Batman to put on skits and other activities for the kids. From there, his career as the beloved character had begun.

Everything changed for William when he decided to apply for a local superhero competition that his professor at the time informed him about. Winning Buffalo’s Best Batman is what really kick started Williams career as a superhero performer.

Giving back to the Western New York community is the reason William does what he does and Mercy Flight has a very similar mission. Our flight and ground side crews save lives every day, similar to the fictional character of Batman. The mission to care for those in need is what makes Buffalo’s Best Batman and Mercy Flight so special.

In July of 2019, William presented Mercy Flight with a $1,000 check thanks to the sales of his book. We are extremely grateful to have a champion of our mission spreading the word about the lifesaving, nonprofit work we do. 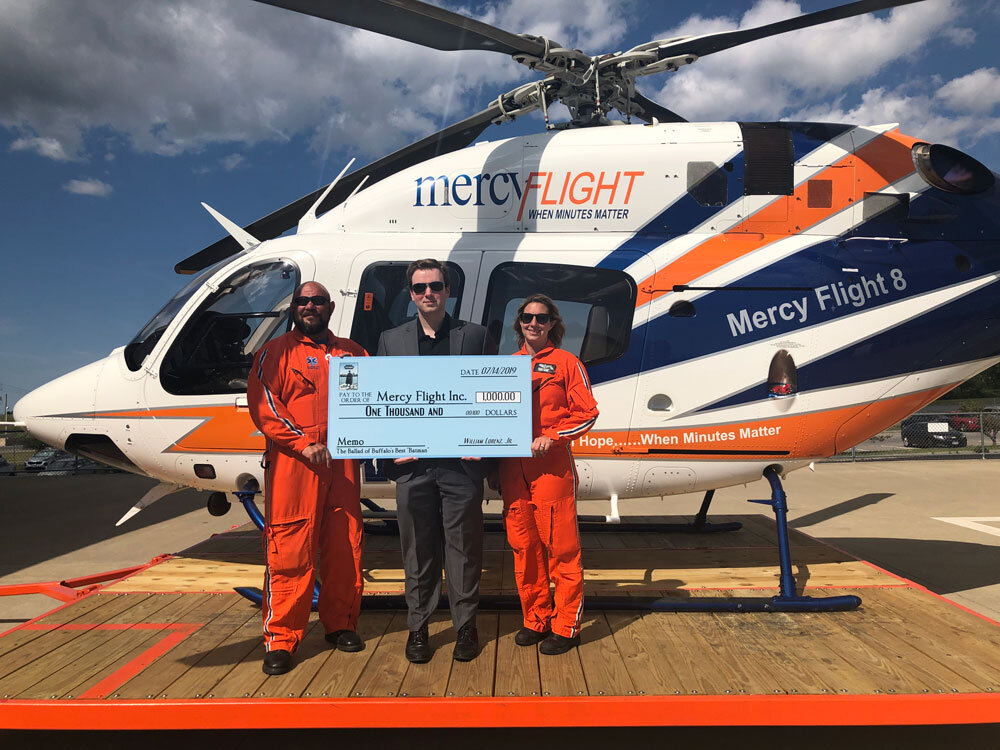 Lifesaving care for the newborn, Compassionate Comfort for the Mother